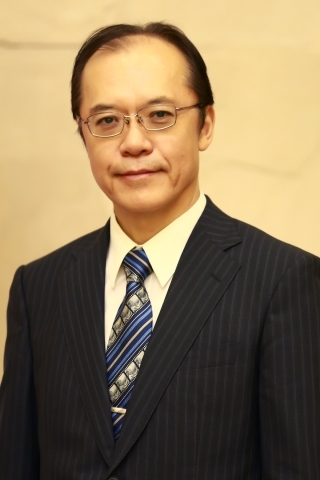 1. My arrival
Although we still have some months before the New Year under the Bikram Sambat calendar, let me wish you all a Happy New Year for the 4th year of the Reiwa Era (in Japan) and 2022 A.D.
I arrived in Kathmandu on March 7th, 2021. Coincidentally, the flight I took carried the vaccines provided by COVAX. It also happened to be the day the Supreme Court made the decision that invalidated the existing Nepal Communist Party (NCP) thus, as a result, obliged it eventually to turn back to the previous two parties of Unified Marxist-Leninist (UML) and the Maoist Centre. When I look back now, I feel it was a symbolic day for me in terms of the COVID-19 pandemic as well as political situation in Nepal.

2. 2021: Year of difficulties
Working in Nepal during the year 2021, I personally felt triple difficulties. First, an unstable internal political situation, second, the COVID-19 pandemic, and thirdly, natural disasters.
After the decision of the Supreme Court declaring the dissolution of the House of Representative in December 2020 as against the Constitution, political instability continued until Rt. Hon. Mr. Sher Bahadur Deuba filled the seat of Prime Minister on July 13th, 2021. In December last year, the General Convention of the Nepali Congress Party was finally held and Prime Minister Deuba successfully maintained the party leadership. However, the current coalition government of five political parties, representing diverse views, may continue to need a delicate steering.
In the spring of 2021, Nepal fell in crisis as the daily new infections of Covid-19 increased up to more than 9,000. Population wise, it was equivalent to that of India. I express my sincere sympathy to those who have faced hardship in their livelihood and heartache of parting with loved ones as a result of the pandemic. To help the fight against the pandemic, Japan provided vaccines and medical equipment to Nepal, which were duly appreciated by Nepali people. On the other hand, we also have received views and requests from, inter alia, MEXT students, specified skilled workers and other relevant people regarding the border enforcement measures by the Government of Japan. It was heartbreaking that we had to suspend again new entry of foreign nationals in response to the new corona virus variant Omicron just after we finally eased border measures under certain conditions.
In 2021, Nepal suffered many natural disasters such as floods and landslides caused by the heavy monsoon rains which lasted much longer than usual. The Melamchi Water Supply Project, one of the national pride projects of Nepal, and for which Japan provided assistance, was successfully completed after 20 years of hard work and the inauguration ceremony took place in Kathmandu last April. However, the project site was seriously damaged by floods shortly thereafter.
While I believe Japanese support by both public and private sectors for reconstruction and recovery from the 2015 Gorkha Earthquake has made considerable achievements, there are cases which remind us of the difficulties caused by nature in project implementation. In addition, I must reaffirm that global climate change is a critical issue severely affecting Nepal, and which requires urgent measures.

3. Thoughts for Year 2022
I truly wish this year to be a hopeful one for everyone. Sometimes it takes time to make decisions or implement them in Nepal. However, I always try to keep “बिस्तारै” (without haste) in my mind as a key word. In the long-term perspective, Nepal is on the way to fundamental transformation in her social economy. She is getting along step by step, from a Hindu kingdom to a republic with secularism under the Constitution, to the nation to develop an inclusive society with multi-ethnic, multi-language and multi-religious people based on democracy. Traditional culture and modern culture will continue to confront each other, and improvement of the status of ethnic minorities and women are keen agendas to achieve development in line with the SDGs. Lying between India and China, this multi-ethnic society with an ancient tradition is moving into the next stage, and every step she takes keeps attracting my interest. There may be a lot to learn from the ways of this country; like taking sufficient time in her efforts to grapple with problems, as we Japanese are often said to be quick to get excited and quick to forget.
Nepal and Japan have traditionally fostered friendly relationship.
This year is designated as the Japan-Southwest Asia Exchange Year. Nepal and Japan established official diplomatic relations in 1956. However, we have a much longer history of people-to-people relationships since the first visit of a Japanese Buddhist monk, KAWAGUCHI Ekai, to Kathmandu in 1899. The year 2022 also marks the 120th anniversary since the first eight Nepali students were dispatched to Japan for their studies.

4. 2022: Year of hope
Similar to Nepal, Japan is a country struggling with natural disasters. After the Great East Japan Earthquake hitting Tohoku region in 2011, Japan hosted the UN World Conference on Disaster Risk Reduction 2015 in Sendai, and there the concept of “Build Back Better (BBB)” was adopted. This reflects that, even if we once face difficulties, we can and we shall come back to be more resilient and better.
I sincerely wish that we overcome the hardships of the last year, and this year will be a hopeful one for every one of you.
January 1, 2022
Ambassador Extraordinary and Plenipotentiary of Japan
KIKUTA Yutaka